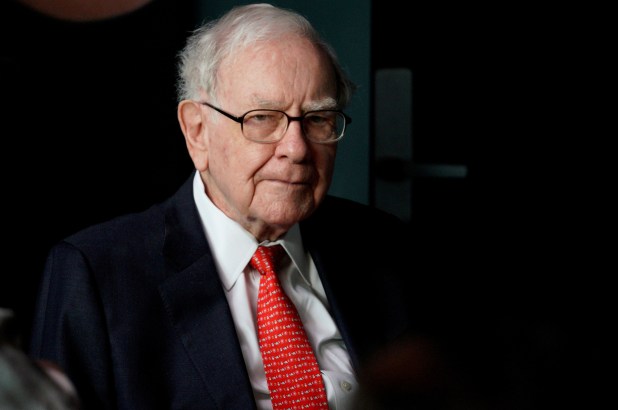 Warren Buffett is warning Congress that it needs to stop dithering on economic stimulus or risk the future of American small business.

The Oracle of Omaha teamed up with Goldman Sachs chief David Solomon Tuesday morning to put the screws to politicians who have yet to put through a second round of pandemic relief funding despite the fact that the coronavirus is ravaging the nation and pushing many small businesses over the brink.

“It’s an economic war,” exclaimed the totemic 90-year-old investor during an interview with CNBC. “We’ve shut down a lot of people in this induced recession and others are prospering, and I think the country owes it to the millions of small business people.”

Solomon echoed Buffett’s message, expressing optimism in the release of vaccines this week but cautioning that 50 percent of the participants in Goldman’s “10,000 Small Businesses” program have stopped paying their staff.

The power pair are part of an increasingly strident chorus of Wall Street bigwigs pushing on Washington to get a new bill done.

JPMorgan Chase honcho Jamie Dimon sounded off on the stalled stimulus talks during a Nov. 18 appearance at a financial conference.

“Now we have this big debate “Is it $2.2 trillion, $1.5 trillion?” You gotta be kidding me!” Dimon said. “I mean just split the baby and move on! This is childish behavior on the part of our politicians.”

Congress does appear to be listening. On Monday, leaders from both chambers released a new plan that would extend some benefits from the first round relief funding while also putting $700 million in the hands of small businesses.

But Buffett made it clear on Tuesday that any proposal needs to be acted on immediately.

“It’s gotta happen soon,” he warned “I mean, their boat’s going down.”