Honda recalls 1.4M vehicles in US for software, overheating problems 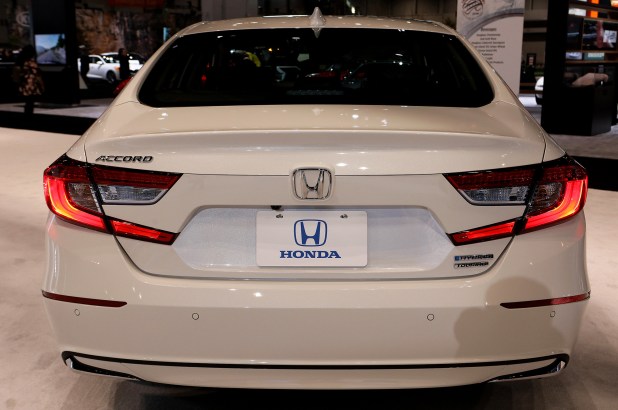 Honda is recalling over 1.4 million vehicles in the US to repair drive shafts that can break, window switches that can overheat and a software flaw.

The software recall includes 737,000 Accords from 2018 to 2020 and Insights from 2019 and 2020. A programming flaw in a control computer can cause the rear camera, turn signals and windshield wipers to malfunction. Owners will be notified in late January about when they should take their vehicles to a dealer for repairs.

Two drive shaft recalls cover 430,000 Honda Civic Hybrids from 2012, the 2007 through 2014 Honda Fit, the 2013 through 2015 Acura ILX and the 2013 through 2015 Honda Accord. They’re in 22 states where salt is used to clear roads in the winter. The drive shafts can break due to corrosion. Dealers will inspect the left and right drive shafts and replace them if needed. Parts aren’t available yet. Owners will get an initial notification in February and will be told later when to go to a dealer.

About 268,000 CR-Vs from 2002 through 2006 are included in the power window switch recall. Water can get into an open driver’s window and cause an electrical short, possibly touching off a fire. It’s the second recall for the same issue. The cars were recalled starting in October of 2012, but the repairs didn’t work. Honda says it has reports of 16 fires but no injuries.

Honda says owners should take the SUVs in for repairs as soon as they get a recall notice. Those will be mailed starting in late January. Owners can also check https://owners.honda.com/service-maintenance/recalls or call (888) 234-2138 to see if their CR-V is affected.