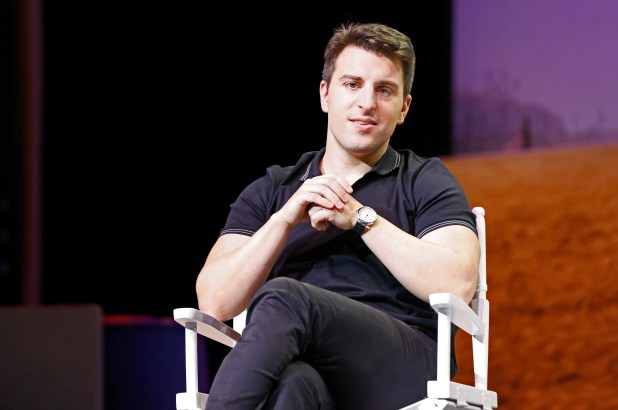 The home-sharing giant’s stock — which more than doubled last week in the company’s initial public offering — tumbled more than 8 percent on Monday after a research firm cut its rating on the shares, citing doubts whether the company’s performance would be able to justify their lofty price.

“Investors we’ve spoken with like Airbnb’s business model and want to be long-term holders, but are now looking at selling the stock because they no longer feel comfortable owning it trading at a 300 to 400 percent valuation premium,” Gordon Haskett Capital analyst Robert Mollins wrote, slashing his rating on Airbnb shares to underperform from buy.

The home-sharing giant became a publicly traded company last Thursday when its shares surged from its listing price of $68 to as high as $165. They closed at $144.71, giving the company a market cap of $83 billion — more than the market values of Marriott, Hilton and Hyatt combined.

Mollins said his price target for Airbnb’s shares is $103 per share, stating that he remained “positive” in his forecast for the company’s “long term” future. But he added that an “overwhelming majority” of investors he has spoken to are interested in cashing in on their quick gains.

Airbnb’s 39-year-old CEO Brian Chesky got $6.5 billion richer — and tongue-tied, too — last Thursday as the vacation-rental giant’s stock price more than doubled in its blockbuster market debut. The surge drove Chesky’s net worth up to more than $11 billion, giving him a larger fortune than record executive David Geffen and hedge-fund tycoon Steve Cohen, according to the Bloomberg Billionaires Index.